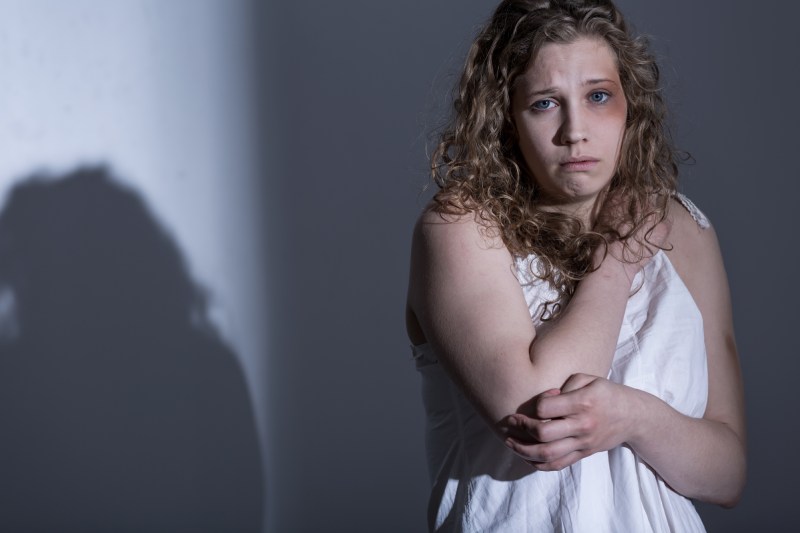 The crime of simple battery is a misdemeanor crime that is oftentimes heard together with the crime of assault.  In reality the two are not the same crime at all.  While the crime of assault is the unlawful attempt to commit a violent injury on someone else, California Penal Code section 242 defines the crime of battery as “any willful and unlawful use of force or violence upon the person of another.”  In simple words, battery is the actual act of unlawfully hurting someone while assault is merely the attempt to do so.  Battery, as defined by Penal Code section 242, is also referred to as simple battery.

In order to be found guilty of committing a battery, there are several elements that must be proven by the prosecution beyond a reasonable doubt:

Touching – What California Penal Code section 242 means by touching is actually more than what it sounds like.  In addition to directly making contact with another person, such as by punching or kicking them, a touching also includes indirect contact.  What does this mean? This means that causing another person to commit the touching on someone else or even causing an object to touch the other person is sufficient.  If someone paints on someone else’s clothing, the paintbrush on the shirt or dress or pants can constitute a touching.

Harmful or Offensive – This is where the crime of battery gets really interesting.  Penal Code section 242 merely requires that there be physical contact.  There does not have to be an injury! This means that if, as mentioned above, someone touches another by painting something on his or her clothing, this can be a battery because the touching was offensive.  Another example of touching someone else in an offensive manner would be by spitting on them.  While spitting does not necessary rise to the level of a harmful touching, it would definitely qualify as the offensive or invasive touching necessary for a battery because it is rude and disrespectful to spit on someone.  A further manner in which there can be a harmful or offensive touching is if you initiate a harmful or offensive touching to something that is connected to the person.  If someone, for example, if someone is walking with a cane, and you push that cane from underneath them without actually touching a part of their body, this can be a battery.

Willfully - What does it mean for a person to commit an act willfully?  It means that the person did the act intentionally or on purpose.  Even if you didn’t mean to break the law or cause an injury to someone else, as long as you purposely committed the act you can be convicted of a battery. If Susan gets into an argument with Jessica and gets frustrated and throws an object against a wall but it misses and strikes Jessica instead, this is a willful act.  She didn’t mean to strike her friend, but she did mean to throw the object.

There are several variations of battery that you can be charged with depending upon the facts of your case. The penalties for each vary:

Simple battery (PC 242), as discussed above, is a misdemeanor crime that does not result in serious harm to another person. The potential penalties for this crime include informal or summary probation, a maximum of six months in county jail, and/or a maximum fine of $2,000.

Sexual battery (PC 243.4) is when someone unlawfully and willfully touches someone else in an unwanted intimate way, and the unlawful willful touching was inflicted in a harmful, offensive manner.  Sexual battery is a wobbler, which means that it may be charged as either a felony or a misdemeanor at the prosecutor’s discretion and depending upon circumstances of the case.  A misdemeanor sexual battery under Penal Code 243.4 can include a maximum of six months in county jail or one year in county jail.  If convicted of felony sexual battery under Penal Code 243.4, you could face two years, three years or four years in state prison. Being convicted of sexual battery as either a misdemeanor or felony will result in the requirement of registering as a sexual offender.

Elder Abuse (PC 368) is abuse inflicted upon a person aged 65 and over.  This crime can be charged as both Penal Code section 368 and Penal Code section 242.  The crime of elder abuse is considered a “wobbler”, which means that it can be charged as either a misdemeanor or a felony depending upon the circumstances of the case as well by discretion of the prosecution.  If convicted as a felony, potential penalties are two, three or fours years in state prison and a maximum fine of $6,000.

Domestic Battery (243[e][1]) is a type of battery that is committed against a spouse or former spouse, cohabitant or former cohabitant, fiancé or former fiancé, someone you’re dating or the parent of your child.  This crime is a misdemeanor that carries a potential one-year in county jail, a maximum fine of $2,000 and a requisite domestic violence program.

Battery Causing Serious Bodily Injury (PC 243(d)) is when the battery that you commit causes serious injury to the victim.  A serious bodily injury is one that results in any type of serious physical impairment, such as a broken bone.  This crime is also known as aggravated battery and carries harsher consequences than simple battery.  If charged as a misdemeanor, Penal Code 243(d) carries up to one year in county jail. If charged as a felony, you may be facing two, three or four years in state prison.

Battery on a Peace Officer (PC 243[b] and 243[c][2]) is the crime of battery committed against people of a certain occupation. Some of these occupations include, but are not limited to, peace officers, firefighters, lifeguards, security officers, process servers, animal control officers and doctors or nurses providing emergency care.  Penalties increase to one-year county jail if there are no injuries, and 16 months, two years or three years if the crime becomes a felony.

No one wants to be charged with a violent crime such as battery - much less convicted! Having a conviction on your record can cause significant and negative ramifications in your life that go far deeper than the actual penalties and fines. The Criminal Defense Law Office of Leah Legal will work hard on your behalf.  Attorney Leah Naparstek is a seasoned criminal defense attorney who deals with crimes such as California battery cases on a daily basis.  She will examine your case in its entirety and build a defense based on your specific circumstances.

Self-Defense/Defense of Others - One of the most common defenses is self-defense or the defense of others.  This defense can be asserted when you reasonably believed you or someone else was in immediate danger of being touched unlawfully or suffering an injury, and you reasonably believed that you needed to use immediate force to defend yourself or someone else from harm.  Please note that you cannot have used more force than necessary in defense. If Dan offensively tickles Sam, Sam’s pushing him away could be accepted as reasonable self-defense, while punching him in the face would not be.

Lack of Willfulness – Since one of the elements needed to prove battery is that the touching needs to be done on purpose, a defense would be to show that the act happened accidentally.

Parental Right to Discipline – There are many situations wherein parents are charged with child abuse (Penal Code section 273[d]), which is essentially a battery against a child.  A defense against this type of battery charge would be to show that the parents acted well within their rights as parents to discipline their child - as long as the force wasn’t too extreme under the circumstances.