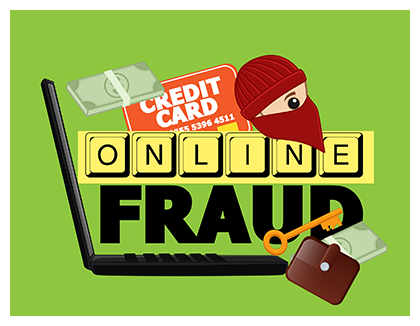 If you find yourself facing the charge of credit card fraud in the state of California, it is in your best interests to act quickly to secure the services of a criminal defense attorney with deep experience in this practice area. Given the potentially harsh and life-changing sentences you could be facing upon a credit card fraud conviction, you will need every possible advantage when you walk into the courtroom.

How Is "Credit Card Fraud" Defined in California?

California Penal Code Section 484 criminalizes credit card fraud in California and subdivides it, under numerous subsections, into various specific types of credit card fraud. In general, the statute concerns all manner of fraudulent actions involving a credit card, debit card, or the information associated with such a card or account.

California Penal Code sections 484e through 484j outline particular instances of credit card fraud and assign punishments to each class. While there are many different specific crimes listed, they are generally all punished the same as petty theft, grand theft, or forgery, being seen to fall under those classifications.

Credit card fraud is also a federal offense if committed against a government entity, on government-owned property, or in more than one U.S. state. It is possible, in such cases, to be charged with violating one or more state statutes and with violation of U.S. Code, Title 18, Section 1029. It is also possible to be charged on either the state or federal level instead of on both. Punishments for California credit card fraud are already very severe, but if convicted of a federal violation, you could see heavy fines and up to 20 years in prison as part of the sentence.

As credit card fraud can be committed in a great variety of ways, the California Penal Code devotes substantial space to this crime, in Penal Code section 484 subsections e, f, g, h, i, and j.

This subsection deals with the sale, acquisition, or transfer of a credit or debit card or associated account information. To do any of these activities without the cardholder's knowledge and permission is considered fraud.

To even knowingly possess someone else's card and/or information without their permission and with intent to use it for fraud, is itself a crime. If, however, you did not actually carry out the intended fraud, it is classed as an act of petty theft and is punishable by:

If you did carry out the fraud, it is an act of grand theft, but can be punished as either a misdemeanor or felony. As a misdemeanor, it is punishable by:

As a felony, it is punishable by:

This statute concerns the forgery of credit cards and of credit card information. It is violated by someone knowingly and illegally counterfeiting, altering, or signing and using a credit card to defraud another person and benefits his or herself financially.

Penal Code section 484g concerns the fraudulent use of an access card, which means either a credit or debit card, or of the associated account information. Using a counterfeit/forged, stolen/lost, or expired/revoked access card in an attempt to benefit financially is fraud.

If you steal via access card property valued at over $950, within a six-month period of time, it is grand theft credit card fraud. If the value of the stolen property is $950 or less, it is petty theft.

Penal Code section 484h differs from the statutes covered so far in that it is committed by retailers. Retailer credit card fraud can be committed a number of different ways, including:

This subsection deals with counterfeiting credit card. It, therefore, overlaps with Penal Code section 484e but is, nonetheless, a separate statute.

Penal Code section 484i is violated by any of the following activities:

A conviction on Penal Code section 484i, credit card counterfeiting crimes, varies based on the specific act. To possess a blank card while intending to later complete it for fraud purposes, is a misdemeanor, punishable by:

Unlawful manufacture, possession, or sale of card-making equipment can be either misdemeanor or felony. As a felony, it can be punished by:

As a misdemeanor, it is punishable by:

Under Penal Code section 484j, it is illegal to publish credit or debit card information without the knowledge and consent of the cardholder and with the intent to defraud another person. This also applies to ID numbers, passwords, and all manner of account information.

"Publishing," here, simply means to communicate the information in any way, shape, or form; be it verbally, in writing, or electronically via computer.

Illegal publishing of credit card data is a misdemeanor offense and is punishable by:

We have already listed the punishments for various forms of credit card fraud, but it should also be said that you can only be convicted of one of the above-listed subsection charges for the same offense, even if the crime could conceivably fall under more than one subsection of Penal Code section 484. Of course, if there were multiple acts of fraud, then multiple convictions could take place.

The great majority of credit card fraud cases in California are punished as a form of forgery, with it being counted as either petty or grand theft based on if the amount stolen was over or under $950. However, we have seen that there are also many other specific forms of credit card fraud, each with its own set of particular punishments.

At the Criminal Law Office of Leah Legal, we have great familiarity with all of the various forms of California credit card fraud listed in PC 484 and at other places in the California Penal Code. We also understand the courtroom dynamics that take place during credit card fraud cases and know which types of defenses are most likely to prevail in each specific legal situation.

Some of the most common defense strategies we use in defending against the charge of credit card fraud are:

Other offenses often charged along with or instead of credit card fraud include the following:

At Leah Legal, we will work diligently from day one to build you a solid defense against the charge of credit card fraud. We know how to challenge the evidence and the argument of the prosecution, how to win a dismissal or acquittal where possible, and how to negotiate a favorable plea when necessary.