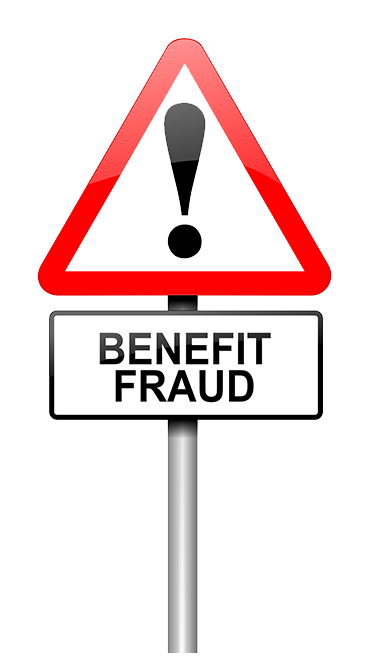 If you are facing allegations of committing welfare fraud in California, it is in your best interests to avail yourself of a criminal defense attorney with extensive experience in this practice area as soon as possible. The consequences of a welfare fraud conviction can be harsh and long-term, and by securing expert legal representation without delay, you can greatly improve your chances of winning a favorable outcome to your case.

At the Criminal Law Office of Leah Legal, we have a long history of successfully defending those accused of welfare fraud in Los Angeles and Southern California. Our deep knowledge of the California welfare system and the California Penal Code, along with our longtime familiarity with local court processes, gives us a distinct advantage in the courtroom.

To learn more about what to do if charged with welfare fraud in California and for a free legal consultation on the details of your case, contact us anytime 24/7 at 818-484-1100.

How Is "Welfare Fraud" Defined in California?

In California, there are numerous state-run programs designed to provide assistance to needy families and individuals, and unfortunately, there is also a good deal of taking advantage of these programs or "working the system" to receive unlawful benefits. That said, there are also many false or exaggerated accusations of welfare fraud, which can put innocent people in a position where their whole future may be in serious jeopardy, depending on the severity of the charges.

In general, any time false, misleading, or omitted information has been purposefully used to secure a welfare benefit that is not legally "deserved," welfare fraud has taken place. This fraud can be committed by either welfare recipients or internally by those who work at government welfare organizations. Or, fraud schemes could even involve a collaboration between welfare workers and recipients.

Welfare fraud can usually be prosecuted as either a misdemeanor or felony, and a conviction can bring jail or prison time, probation, heavy fines, and the requirement to make full restitution. In some cases, however, a good defense lawyer can negotiate a deal whereby if you pay back most or a all of the monies wrongfully taken, a more lenient sentence will be permitted.

For the most part, welfare fraud is covered under Welfare & Institutions Code (WIC) 10980, which criminalizes:

State of California welfare programs that are common targets of fraud claims include:

In California, L.A. and other local district attorneys and other prosecutors can get tips on possible instances of welfare fraud from a variety of sources. These include public welfare fraud hotlines, department of social services locations, and various government agencies that have reason to suspect possible fraud.

The investigation will begin when an investigator contacts the welfare fraud suspect and questions them concerning their current welfare benefits and the information they provided in securing those benefits. Family members, friends, and acquaintances of the suspect may also be questioned. There may also be surprise home inspections.

At some point, the inspector will present all of his or her findings to a local DA who will then decide if enough evidence exists to file welfare fraud charges. If evidence is insufficient, then the case will be dropped, the investigator will be sent to gather more information, or an attempt will be made to put the suspect in a restitution program instead of actually seeking a conviction.

In general, almost all California welfare fraud can be classed as either recipient fraud or internal fraud.

Recipient fraud involves any attempt, successful or not, by a welfare beneficiary to secure, retain, or increase a benefit by means of submitting false, misleading, or incomplete information. Examples of recipient fraud include:

Internal fraud is a type of fraud that is committed by employees of state-run welfare agencies. It will often involve the worker illegitimately disbursing welfare benefits to himself, to a family member, or to a friend. Typically, the worker colludes with someone on the outside, and then, the two or more parties divvy up the fraudulently obtained benefits. Those who are convicted of internal welfare fraud may also be charged with embezzlement, misappropriation of public funds, and other serious crimes.

Under WIC 10980, you can be charged with a variety of different forms of welfare fraud, and the charge can be either a misdemeanor or a felony. Below, we look into the possible penalties in some detail:

To make a false or misleading statement in order to gain a welfare benefit is a misdemeanor offense, punishable by:

Filing a completely fraudulent application, as in filing for a fictitious person, filing under multiple names, or filing multiple times under the same name, can be a misdemeanor or a felony. As a misdemeanor, it is punishable by:

As a felony, filing a fraudulent application is punishable by:

Punishments when filed as a felony include:

For selling, buying, or misusing food stamps, it is a misdemeanor if the amount involved was valued at under $950 but a felony for amounts greater than $950. This crime is punished the same as fraudulently obtaining benefits (listed directly above).

However, if any form of welfare fraud involves electronically transferred benefits, additional incarceration time can apply when large amounts of money were wrongfully transferred. The rules are as follows:

Besides the jail time and fines mentioned above, many convicted of welfare fraud can lose their professional license, lose their current job (especially if he or she is a government employee), become disqualified to receive any future welfare benefits, and be deported if they are a non-citizen U.S. resident.

While making restitution may anyway be required upon a conviction, many times, the prosecution and presiding judge may be willing to accept a plea deal wherein most or all of the fraudulently taken money is returned in exchange for a reduced charge and/or lighter sentence. A judge may even give substantial time for the defendant to repay the specified amount and fulfill his or her end of the plea bargain.

In some California counties, it may even be possible to gain entry into a welfare fraud diversion program and avoid gaining a criminal record at all! In cases where the amount stolen is relatively small, the defendant has a clean or nearly clean police record, and the defendant is willing to enter a guilty plea, a diversion program may be possible. Such programs would require you to complete a class and pay back the fraudulently taken funds. If this is done, the charges will then be dismissed; if not, you will end up sentenced anyway.

Finally, note that even without a diversion program, voluntarily returning the fraudulently taken funds - especially before charges are even filed against you - may persuade the presiding judge to be lenient.

At Leah Legal Criminal Defense, we have successfully disposed of numerous welfare fraud defense cases in the past using a variety of defense strategies, each time tailoring the defense to the specific needs of the case. Below, we list some of the most common defenses we have successfully employed in these types of cases:

Regardless of the specific information you did or did not provide on a welfare application form or of what other circumstances may be involved in your case, unless the prosecutor can prove you intended to defraud a state welfare program to benefit yourself financially, you are not guilty of welfare fraud. It may be, for example, that you made a mistake on a welfare form, didn't know you had to report certain types of income, or forgot to update your status in a timely manner. However inexcusable those things may be, they are simply not fraudulent activity.

Many are accused of welfare fraud on purely circumstantial evidence or red flags without any thoughtful consideration of whether someone is likely truly guilty. But merely probable or suggested evidence are not sufficient to convict. Your guilt has to be proven on all elements of the crime beyond a reasonable doubt. That is a high standard to reach, and a good defense attorney can help ensure that when it is not met, no conviction takes place.

In some cases, someone is accused of welfare fraud due to someone else having an axe to grind against them rather than based on solid evidence. And in other cases, it could also be a case of internal fraud, and yet, be mistakenly pursued as recipient fraud. And finally, you could even be the victim of identity theft, and the identity thief may have used your personal information to fraudulently apply for welfare benefits.

Besides being charged with welfare fraud under WIC 10980, there are other statutes you can be charged with violating instead of or alongside the WIC 10980 charge. These include:

At Leah Legal, we will apply our full legal expertise and our deep experience with welfare fraud defense cases to secure you the best possible outcome to your case. We always fight first and foremost for a dismissal or acquittal, but when necessary, we know how to apply our well seasoned negotiating skills to secure a reduced charge or sentence as part of a favorable plea.