Assault on a Public Official 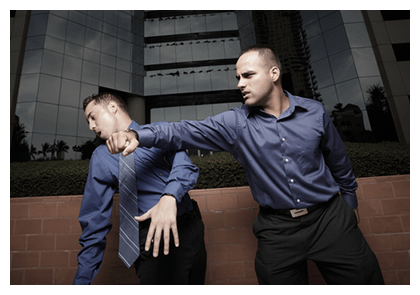 Elements of Assault on a Public Official

Assault – (for a more detailed discussion see section on Assault)

Willfully - As discussed in the section on “assault”, a willful act is one that is done on purpose. What it does not mean, however, is that the person had the intention to break the law or hurt someone else. There is NO requirement of intent to cause injury.

Applying Force Against Another Person - This generally means touching another in a harmful or offensive manner.  It is enough if the touching is done in a rude or angry way even though the touching is very slight. The touching can also be indirect by causing an object or another person to touch someone. And finally, the touching does not have to cause pain or injury of any kind; all that is required is that there was a good chance that the touching could have caused pain or injury.

Public Official - Our legislature recognizes that the important policies and decisions that our public officials frequently have to make don’t always sit well with everyone. When widely publicized and controversial policies come to light they often creates anger and resentment – sometimes to the point where an official can be in danger of being attacked physically. This is the reason a conviction of assault on a public official can lead to such serious penalties.  If you allegedly assaulted the President or Vice President, the Governor, a federal, state or local justice, judge or juror, a commissioner, referee or other judicial officer, the secretary or director of any executive agency (federal or state), a federal or state elected official, a mayor, city council member, county supervisor, sheriff, peace officer or chief of police, a prosecutor, a public defender, or any of the aforementioned's family members you may face charges of assault against as public official.

Why Is Assault On A Public Official Different?

Penalties for Assault on a Public Official

If convicted of a misdemeanor violation of Penal Code section 217.1 (a) assault on a public official you can face summary probation, a maximum of one year in county jail, and/or a maximum fine of $1000.

If convicted of a felony violation of Penal Code section 217.1 (a) assault on a public official you can face felony probation, either 16 months, two years or three years state prison but served in county jail, and/or a maximum fine of $10,000.

Defenses for Assault on a Public Official

When adopting a defense for an assault on a public official the Criminal Defense Law Office of Leah Legal will examine the case in its entirety and evaluate the specific circumstances that are lacking in the prosecutors case.  If all of the elements are not proven, a case can be dismissed or reduced to a less serious charge. There are several common defenses including the lack of ability to inflict harm. Should you attempt to assault a public official in a situation where you possessed no realistic ability to inflict that harm, regardless of your intentions, you are not guilty of a violation of Penal Code section 217.1 (a).

Other defenses may include self defense – wherein your actions were because you reasonably believed that the official was unlawfully acting in a forceful and dangerous manner towards you. Also, as discussed above, another defense is the lack of intent to obstruct the duties of the public official.