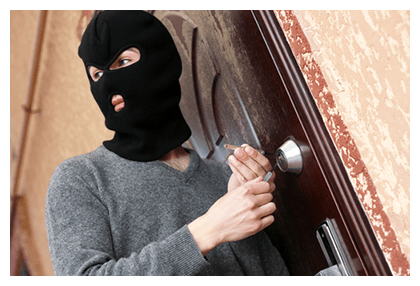 If you have been recently arrested and charged with the crime of burglary in Los Angeles or Southern California, you need the assistance of a skilled defense attorney to avoid the heavy fines, probation, and potentially long incarceration periods that can apply upon a conviction.

At Leah Legal, we have successfully handled numerous burglary defense cases in the past in the L.A. Area, and we have acquired, over our years of service to the community, deep knowledge of the statutes, court processes, most effective defense strategies, most beneficial plea agreements, and all other aspects of California burglary cases. We are prepared to put that knowledge to work for you and to fight diligently in your behalf to secure the best possible outcome to your case.

How Does California Law Define "Burglary?"

California Penal Code Section 459 criminalizes "burglary," which it defines as the entering of a building, room, or other structure while having an intention to commit a grand theft, petty theft, or any felony-level crime.

In California, burglary is subdivided into first and second degree burglary. The former is always a felony and involves the entering of a "residence," meaning any inhabited building. The latter can be either a felony or a misdemeanor and covers burglary in an uninhabited structure, including places of business.

What the Prosecutor Must Prove

In order to gain a conviction on the charge of burglary, the prosecution must prove the following "elements of the crime" beyond all reasonable doubt:

The prosecutor need not prove that the property was actually successfully stolen, but he must prove that the defendant's intention to commit the theft or another crime existed at the time he entered the building rather than it occurring to him to attempt a theft only after already inside the building.

Residence - Also note that there is a wide array of possible structure types that "count" as residences and qualify a burglary as 1st-degree. Anything that is being used as a dwelling place, even if the resident is not present at the time of the intrusion, is an "inhabited structure."

This includes hotel rooms, boat houses, and travel trailers if in use. It also includes garages and other rooms/structures connected to a house. Only if the resident left and has no intention to return is it no longer considered "inhabited." However, during a natural disaster, even an abandoned residence counts as inhabited for the purposes of burglary law.

Entering - Finally, a word about what the prosecutor must prove as to "entering" a structure. In regard to burglary in California, you "enter" a building when any part of your body or any part of any object you hold and/or control moves inside the structure's "outer boundary."

So, if the tips of one's fingers slip barely inside a room through an open window or the tip of a crow bar enters that same room through the same window after it was used to break the window's glass, it is an entrance in both cases. Even if nothing more happens and the would-be thief runs away, if he is caught, he can be charged with burglary.

Is Shoplifting Equivalent to Burglary?

It should be noted that burglary, as such, differs from "shoplifting" (PC 495.5), which is defined as entering a presently open business with intent to steal property valued at $950 or less, provided the perpetrator has no "serious," relevant priors on his/her criminal record.

Priors that will make shoplifting, normally a misdemeanor, a felony charge with much the same sentencing elements as 2nd-degree burglary, include rape, various sex crimes (especially against children), and murder.

Before Prop 47 was passed in 2014, shoplifting was not a distinct crime, though the definition of the term "shoplifting" was of course already widely known. Before Prop 47, shoplifters could potentially be charged with 2nd-degree burglary, even as a felony, since they had entered a place of business with intent to steal.

Those who were sentenced on felony-level burglary charges before Prop 47 passed can apply to have their sentences reduced to misdemeanor shoplifting levels, though help from a skilled defense attorney will be needed and sentence-reduction is not guaranteed automatically.

Is Breaking and Entering Equivalent to Burglary?

"Breaking and entering" is not technically equivalent to committing burglary under California law. The reason is that you do not have to actually break into a building to commit burglary.

It makes no difference how you got into the building or whether it was legal or illegal to enter it. The point is that you entered with an intent to steal or commit a felony.

However, the exception to this rule is "auto burglary." With auto burglary, you cannot commit burglary unless you first commit breaking and entering because it is only considered burglary if the vehicle was locked and you proceeded to break into it to steal something or commit another crime.

Possible Penalties for a Burglary Conviction 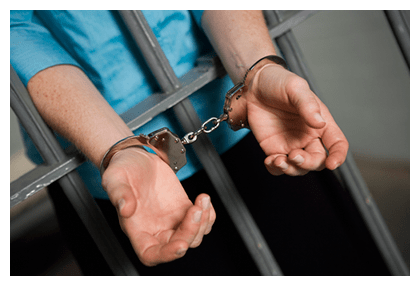 As mentioned above, burglary can be charged under PC 459 as 1st or 2nd degree and as either a felony or a misdemeanor.

If charged as a 1st-degree felony, burglary is punishable by:

If charged as a 2nd-degree felony, burglary can be punished by:

If charged as a 2nd-degree misdemeanor, burglary is punishable by:

With such steep potential punishments, it is indispensable to rely on only the most experienced criminal defense attorney. If there are weaknesses in the prosecution's case, you need a well seasoned lawyer who will exploit them. If a conviction cannot be avoided, you need an attorney who knows how to negotiate the most favorable plea possible, in order to minimize your sentence and, if possible, get the charge reduced (especially from a felony to a misdemeanor).

At Leah Legal, we have a large repertoire of possible defenses to use against a charge of burglary. We have the experience with a wide range of burglary cases to give us both familiarity with these defense types and the wisdom to know when and how to employ each one of them.

Some of the most common arguments we use in defending our clients against burglary charges include:

No matter which building you entered, if you lacked criminal intent, there is no way you can be guilty of burglary. And even if you later, after already being inside the building, formed an intent to commit a theft or a felony crime, it still does not count as burglary — for you must form the intent before entering to count as a violation of PC 459.

It may be that you entered a building not only without any intent to steal anything but with an intent to take or reclaim what was, or what you at least believed to be rightfully yours. This cannot count as burglary. It would also not be burglary if you entered a building to take an item believing you had permission from the owner to do so, even if your belief was mistaken.

It may be that you never entered the building in question, had any intent to steal anything, or ever had anything to do with the alleged burglary incident. Perhaps, it is a case of mistaken identity, of a false accusation leveled out of a spirit of revenge, or of circumstantial evidence leading police to the wrong conclusion (with or without a "frame job" behind that evidence).

Sometimes, police give in to the temptation to violate the rights of a burglary suspect and resort to unorthodox methods. They may, for example, plant or invent pieces of evidence, bombard their "favorite" suspect with "leading questions," commit illegal searches and seizures, coerce a "confession," or fail to read you your Miranda Rights when you are arrested. If evidence was falsified or illegally obtained, a good lawyer can get it thrown out of court and likely get the charges against you dismissed. A "Pitchess Motion" can also be filed to discover if a particular police officer has a history of misconduct or complaints/accusations of misconduct.

Other charges often filed along with or in place of a burglary charge include the following:

At Leah Legal, we stand ready to come to your aid with expert legal advice and representation in your hour of need. Our long familiarity with the court processes in the L.A. Area, with the burglary defense practice area in particular, and even personal knowledge of local judges and prosecutors, ideally fits us to help with your case.